Use touch screen monitor “4 do not” maintenance method

With the rapid development of science and technology today, professional touch screen monitors have been widely used. In shopping malls, hotels, office halls and even the streets of some prosperous sections, touch screen monitors provide great convenience for our work and life, but also make people more and more inseparable from it. Now the cost-effective touch screen display life is not short, but its maintenance is still worthy of our attention. 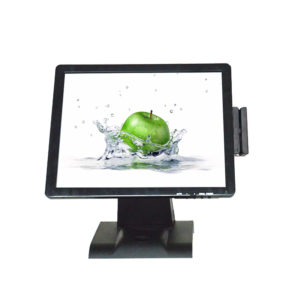 How to operate
1. Do not use the touch screen in a high temperature environment for a long time.

When using it, you must avoid the electromagnetic field, because the magnetic field will cause temporary failure of the capacitive screen (serious or even permanent damage). You need to pay attention to magnetic items such as speakers, and do not let them close to the touch screen display.
3. Do not let it produce serious electrostatic effects.

The electrostatic effect is easy to break down the capacitive screen. Although the glass on the surface of the capacitive screen of the touch screen display has undergone a certain anti-static treatment, it can only withstand static electricity under a certain intensity. Therefore, when choosing a touch screen When choosing a display protective film, you must pay attention and try to choose a protective film with strong anti-static ability.